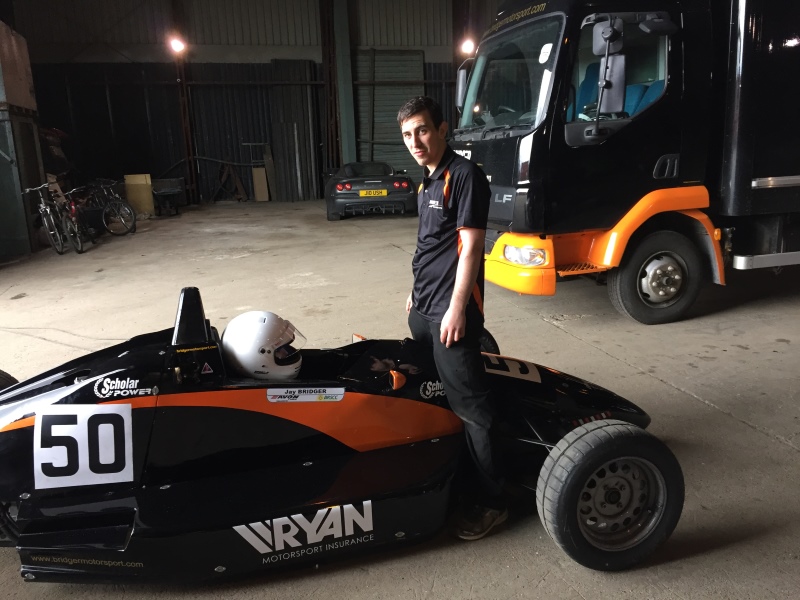 This was her first time in driving any kind of race car...

Emily Daly tested one of the team's formula fords at Blyton on Wednesday. This was her first time in driving any kind of race car, her only other experience coming from her track days.

Despite her lack of experience, she drove brilliantly. She took her time, made no mistakes and improved with every lap.

Jay Bridger stated, 'Emily has done an amazing job when you consider it was her first time driving anything like this type of car. It was really impressive. She made no mistakes with the gears and had a great feel for the car, but it was her consistency when driving that impressed me the most.'

Despite the fact that Emily has very little driving experience, she is very talented and with more time spent on the track she could become a very fast driver.

A Good Start to the Season at Silverstone 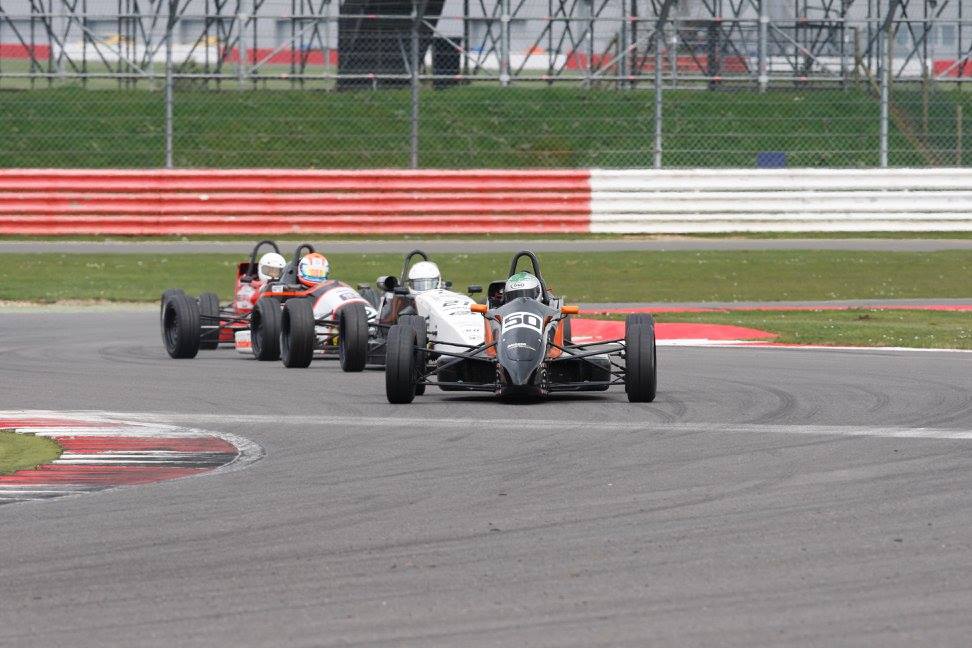 The car got better all weekend

It was the first round of the BRSCC Formula ford championship at Silverstone. With a 20 car field and some of the best formula ford drivers on the grid, it was going to be an interesting weekend.

It didn’t get off to the best start with qualifying as Jay could only manage 10th on the grid for race one. This was down to engine problems causing a lack of power. With such a short amount of time between races it would prove too difficult to make many changes.

In race one Jay made a great start and raced hard to finish 7th. The car was handling great and even with the lack of power we were able to make up ground.

This then meant Jay would start 7th for race two. A few alterations to the car between races provided a marked improvement. Jay was fighting in a five car battle for 2nd all race long, but found it hard to overtake due to his lack of straight line speed. He was able to bring the car home 6th.

“The car got better all weekend and we were able to get within a few tenths off the fastest lap in race two, which, when you consider the engine problems we had, shows the car has a great set up and is handling well. We will now address the engine problem and hopefully be fighting for wins at the next round.” 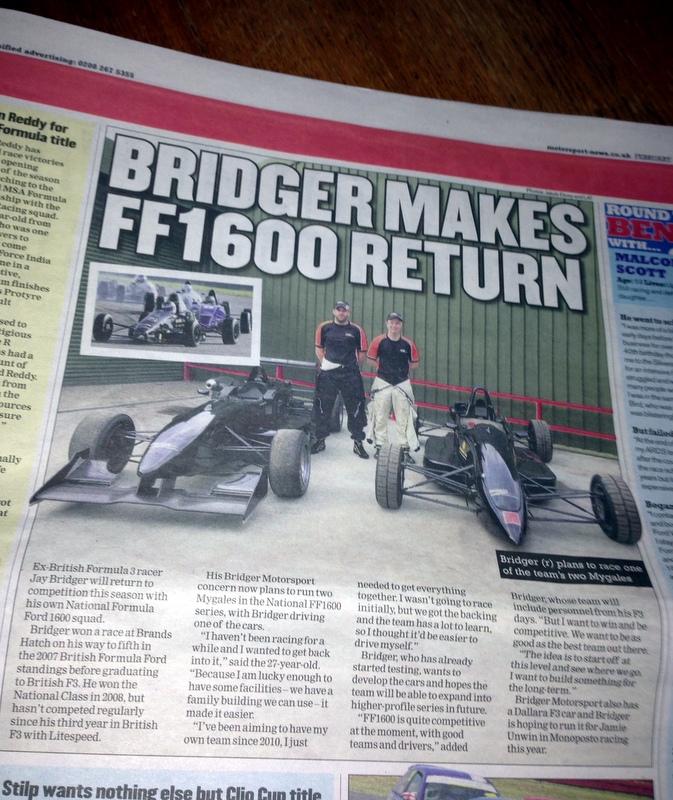 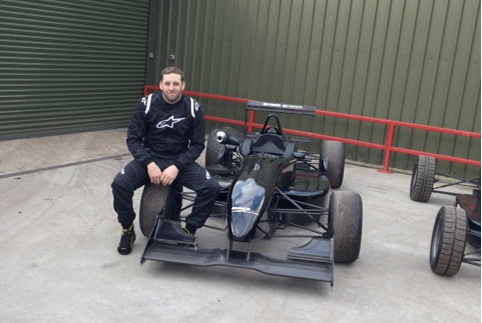 Jamie Unwin has signed with Bridger Motorsport to race next season in the Monoposto Championship driving the Toyota Formula 3 car. Jamie, 35, has raced mainly in Caterhams and has also raced in British Formula 3.

We are delighted to have Jamie on board. He is a very fast driver and has experience with F3 cars at a very high level. We will be pushing for wins all season.

Jay Bridger to Race in the BRSCC FF1600 Championship 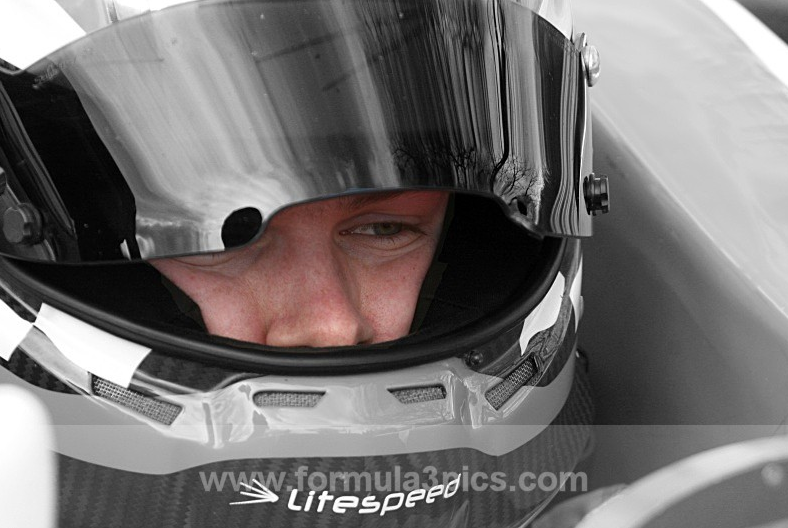 Jay, Team Manager of Bridger Motorsport, will race in the FF1600 Championship in 2015.

“It will be great to be racing again next year for my team. We have a great team and I will be working hard to improve and develop the car throughout the season and fight strongly for wins all year.”

Bert Denckens has signed for next season 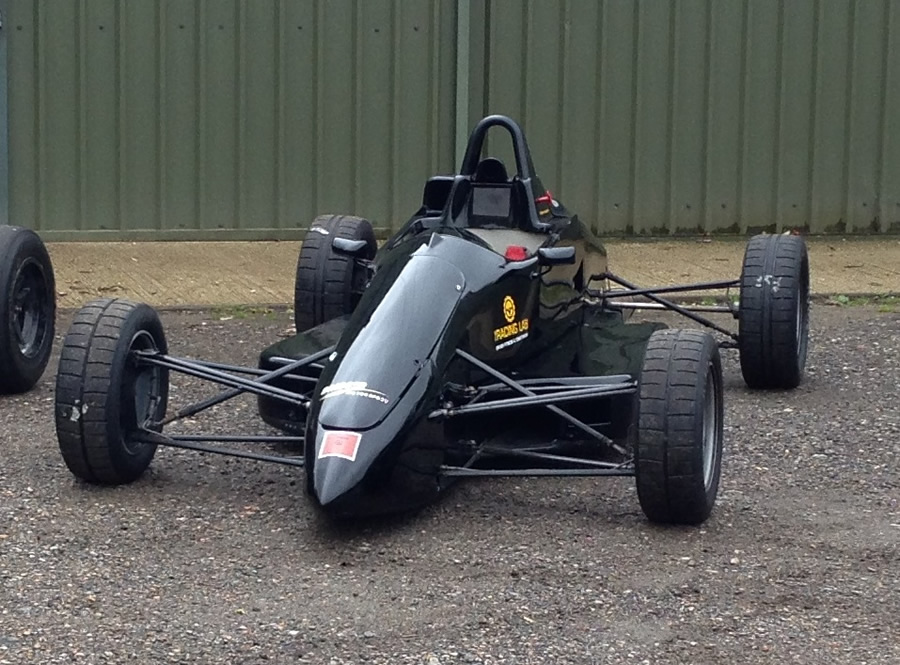 Bert Denckens has signed for Bridger Motorsport next season.

Bert will be testing his Mygale run by Bridger Motorsport during the 2015 season as he looks to improve his driving throughout the 2015 season. We are very happy to have Bert as part of the team next season and he will be invaluable at helping develop the car throughout the year. Considering Bert’s experience, he is very fast and we expect him to keep improving each time he goes out.